Skip to Content
Home Adventure Throwback: Phuket Day 4
I somehow stopped posting about my Phuket trip [and generally stopped posting on the blog] – I know, horrible of me – but I’m back now. I had zero inspiration and just needed to take a break so that I could come back rejuvenated; which I am now. 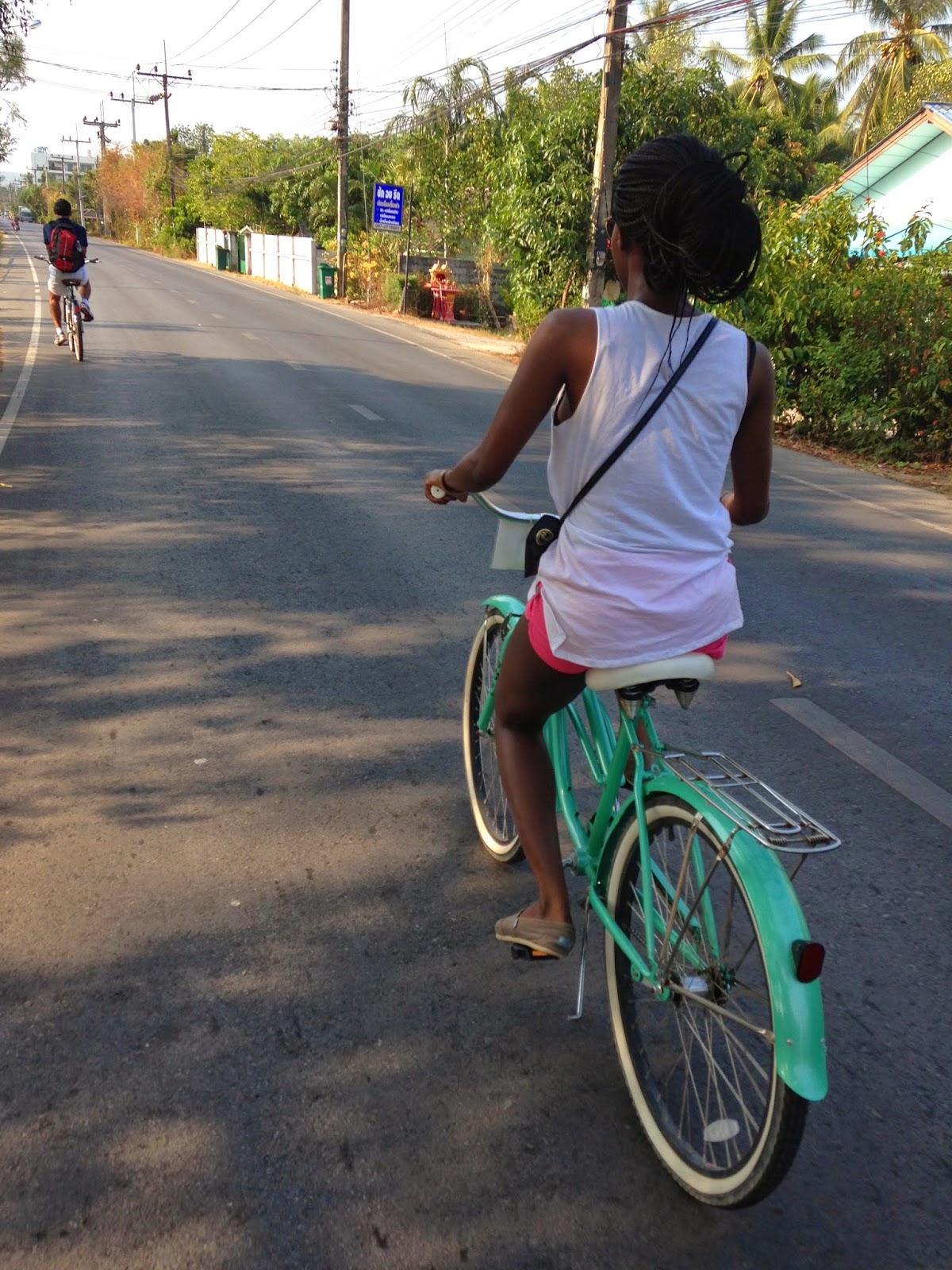 Anyways! I don’t remember doing much on Day 4 in Phuket. I however remember an 8am bike tour which was organized by our hotel. My friend Bu & I decided within about 5 minutes to go on the tour, because we had spent so much of our time in Phuket adventuring and not enough time exploring the local area and what Phuket is really like to the non-tourist. 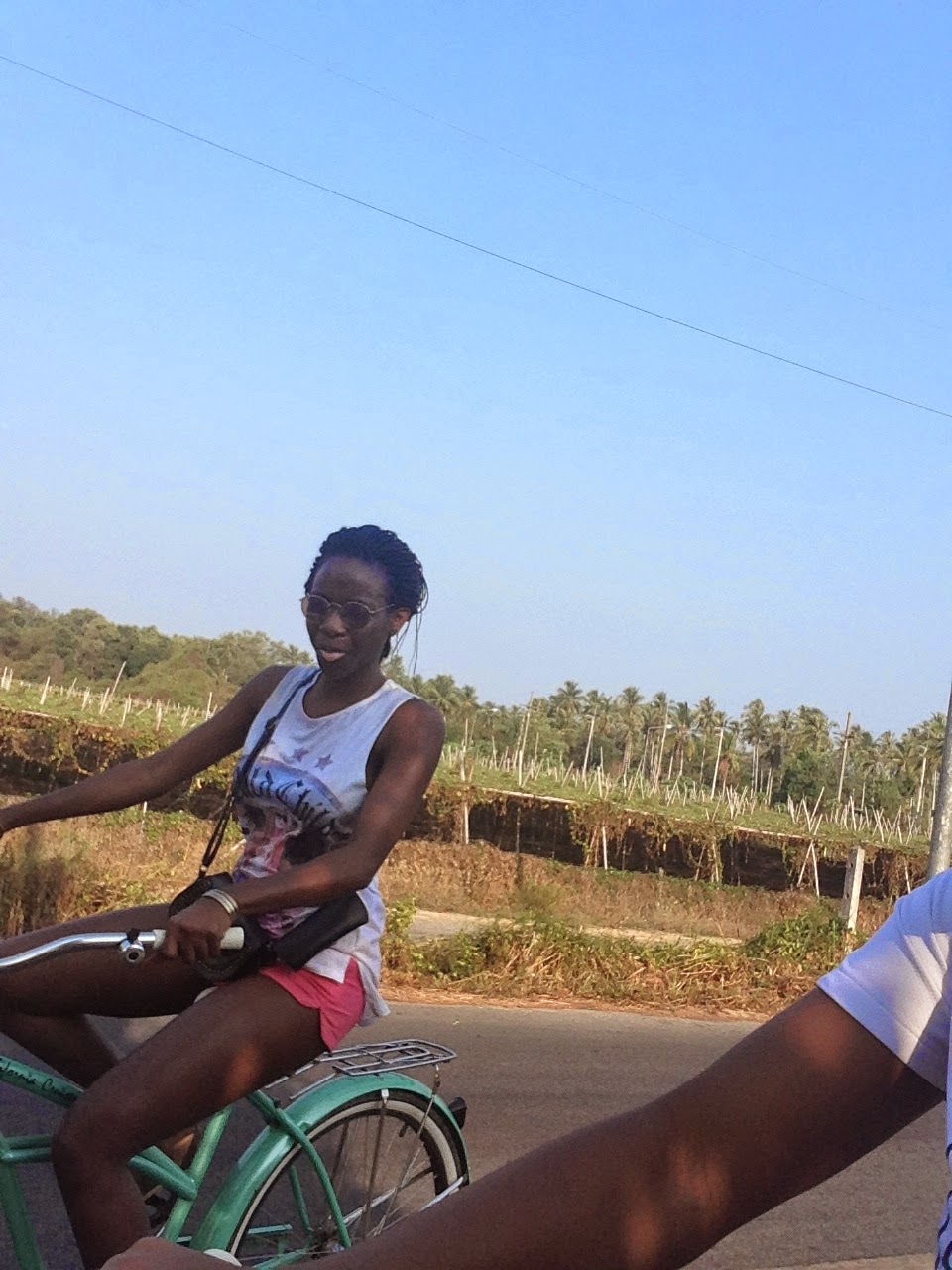 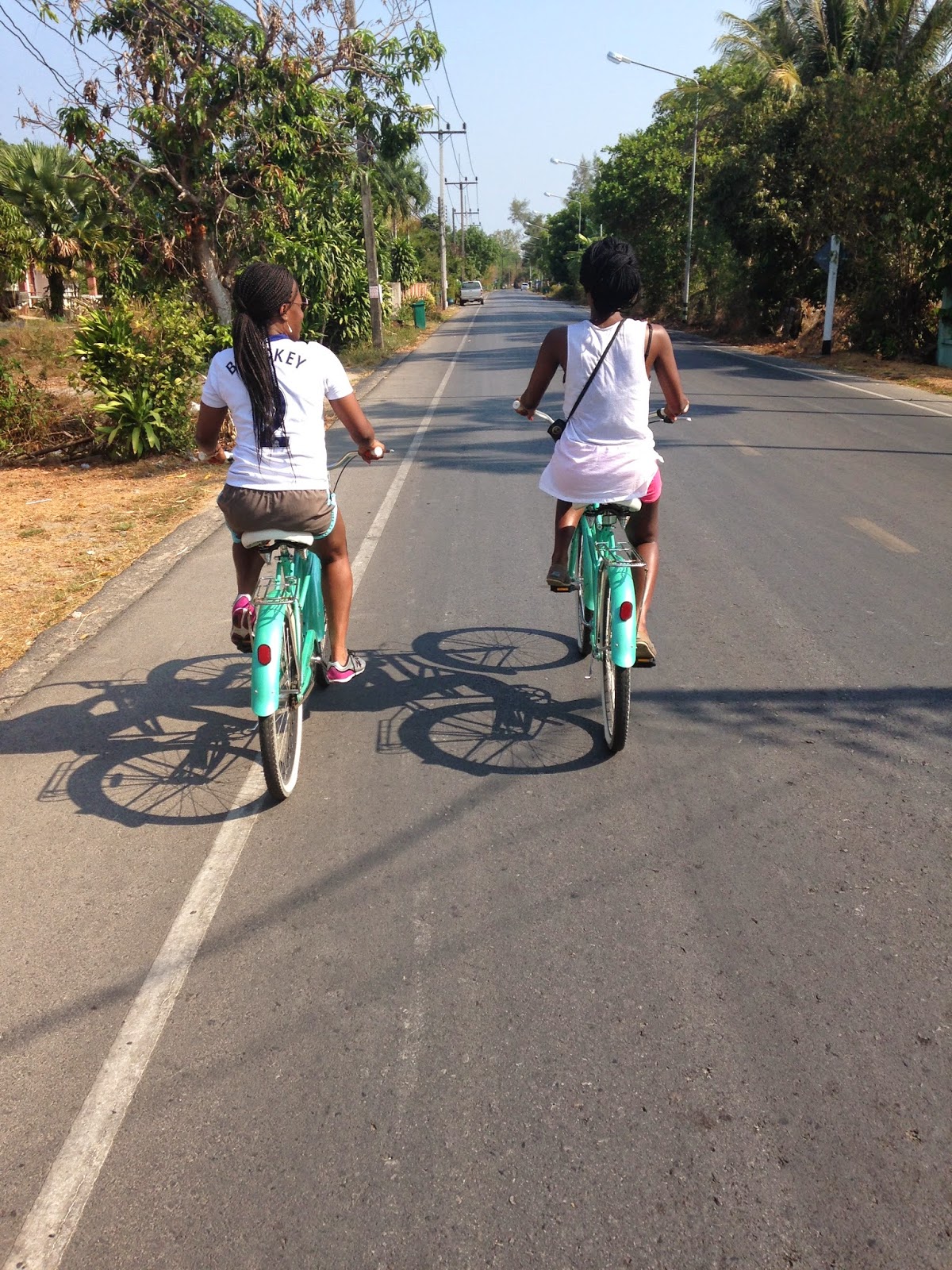 The bike ride was so much of a work out! We were riding up hills, going fast, going slow, and doing all sorts. We were avoiding stray dogs [I think all the stray dogs in the world live in Phuket!] and I really hate dogs. In trying to avoid the dogs, I even almost fell off the bike! 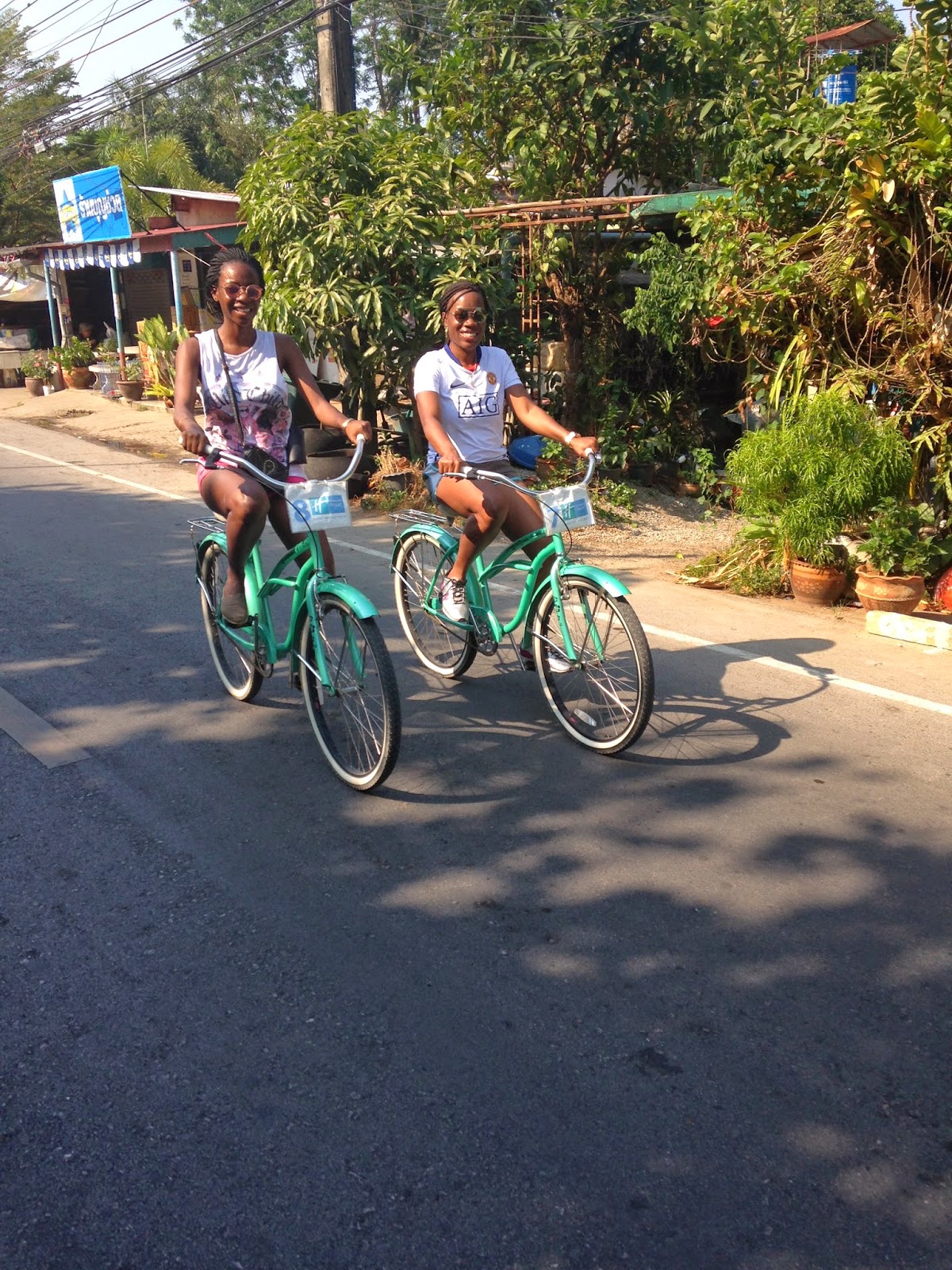 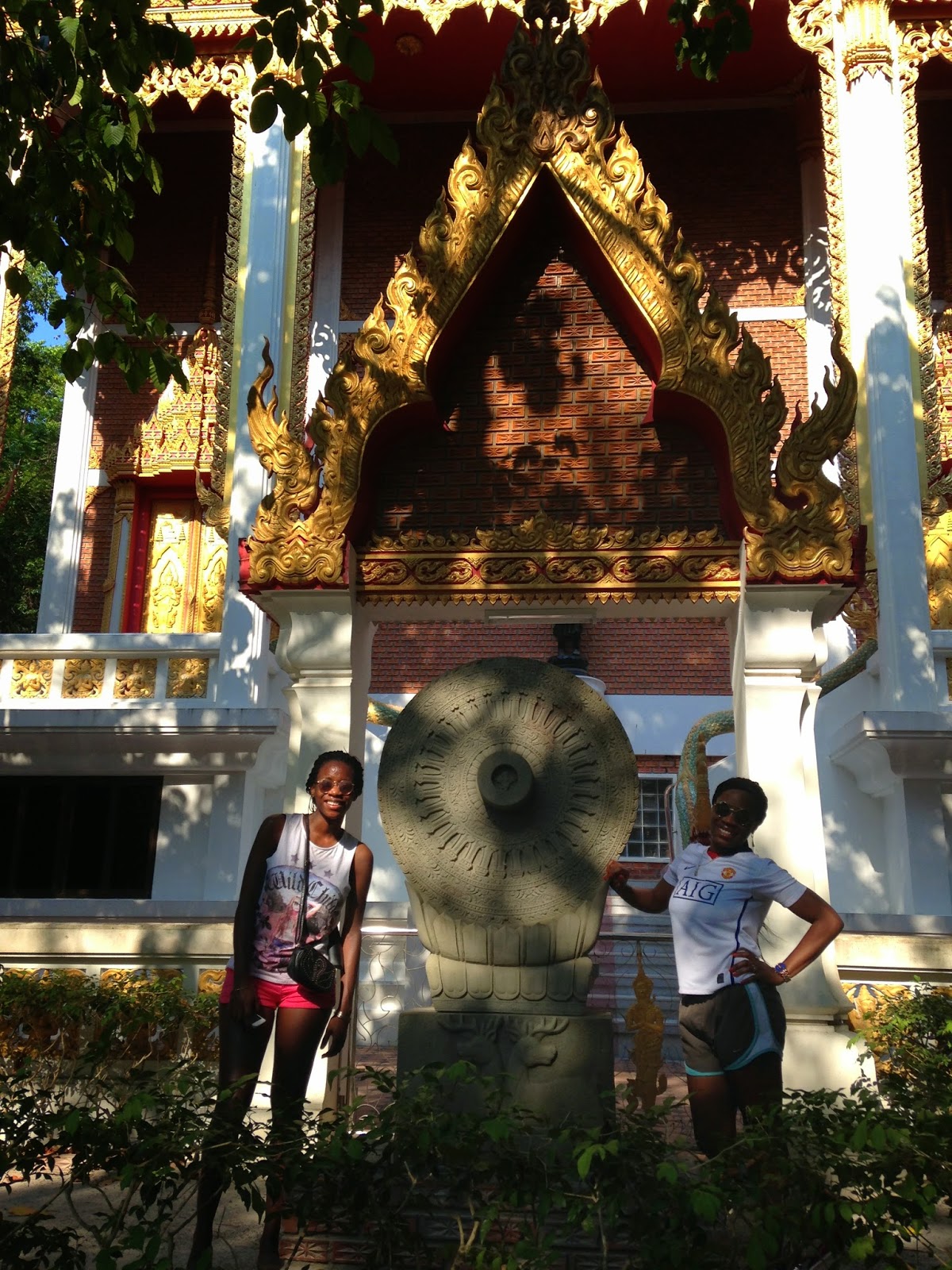 Finally visited a Temple
I wish I got more pictures of the areas we visited, but I failed at that. We saw their rubber farms [one of Thailand’s biggest products], said hello as we rode by people’s homes, fed the fish at the Temple pond, and generally worked our thighs lol.
The rest of the day was pretty chill; we spent some time at the hotel spa and then went to the night market to buy gifts to bring back home.
Anyways, I promise to be a better blogger. It was a phase, and I’m over it now :).
Damola. xxx